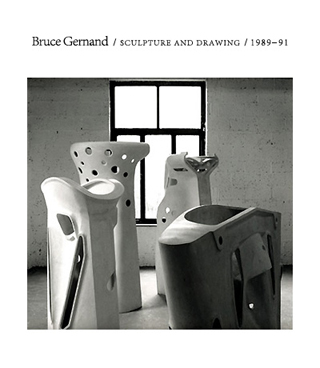 "With reference to the four sculptures made in crystacal plaster it is clear that as with any casting process there is a differentiation between the inside and the outside surfaces. What is clear in these plaster works though is that the outside surfaces have been worked on directly as the final stage in the making process and it is the inside surfaces that are seen as cast. The evidence is that these works have been built around a core and that what we see is in fact a shell, the core having been removed. Although not castings in the sense we normally think of it, there are strong similarities in the way we read all key decisions as having been taken at the core stage, i.e. elsewhere, and then displaced into the shell."

PeterVenn, from "neither the master nor the servant...", in "Bruce Gernand, Sculpture and Drawings, 89-91"